At 6.30 pm on 24th May 2014, the doors opened for BITE2, the Brighton and Hove Youth Poets v MCs Slam, as part of the Brighton Fringe festival. It was the second time that the young poets and MC's of Brighton, Hove and the surrounding areas had battled it out in the art of poetry.

The programme consisted of young writers and performers being coached in hip hop skills and poetic formulation throughout April and May by some of Brighton's most talented poets and rappers, before they formed into two teams to do battle at the final event at Brighton Youth Centre on Saturday May 24th.

This is the first project of its kind in the UK. Funded by the Arts Council England, and East Brighton Trust, the project helps to break down stereotypes of rappers and poets and helps the build confidence and skills of emerging talent, with last year’s champions becoming peer mentors to this year's participants. The financial support we were able to give them was spent on coaches and poetry workshops plus training the peer mentors.  Organiser Michael Parker tells us “The project went brilliantly and the grant was really important in involving young people from the East Brighton area. It paid for coaches to run workshops and assemblies at two of the schools that serve the area, BACA and Patcham High, and paid Terrianne Goodwin, a young rapper, resident of Moulsecoomb, to be peer mentor to this year’s participants”.

Keep up to date by following the BITE facebook page and keep an eye out in next year’s Fringe programme for next year’s event. It looks ace, and we’ll definitely be getting tickets. 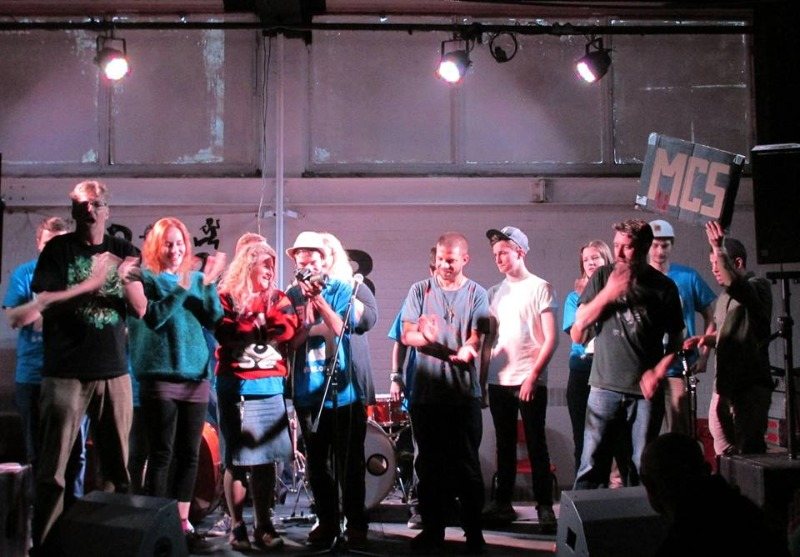