The idea for Hawks in the Community (HITC) emerged through the coming together of like-minded people who loved football and who wanted to make a difference to one of the most deprived communities in the country.  The founders worked together to create a ground-breaking new infrastructure that would see the development of community youth football in Whitehawk and the surrounding BN2 5 areas.

They say "Currently there is a lack of boys or girls youth football in East Brighton. In the past football played a crucial part in the development of local young people with many local teams playing grassroots football. It was also more common to have local footballers playing for Whitehawk FC, HITC want to see the football club and the community thrive again and get as many young people playing football again."

Their aim is to develop football for boys and girls from under 6’s to under 16’s. All teams will play under the name of Crew Club Hawks FC and will play in the same style football kit as the first team at Whitehawk FC with their badge also based on the newly designed Whitehawk FC badge.

East Brighton Trust are proudly providing sponsorship for one of the teams with a grant of £650 going towards the development of the new team and purchase of their kit.
Here is EBT director Anne Glow handing a cheque over to the Crew Club's Darren Snow - one of the founders of Hawks in the Community. 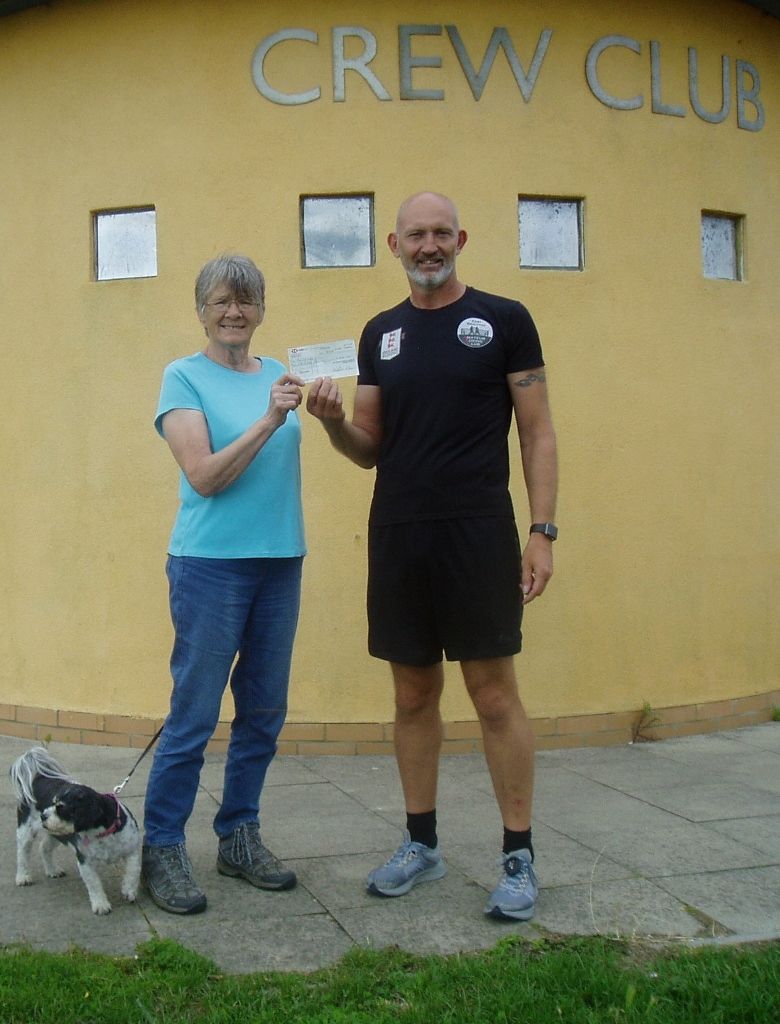